MetaverseI don’t have a technical background. And this is what I know about the Metaverse

Since the rebranding of Facebook into Meta, everybody is talking about Mark Zuckerberg’s professed goal to shift his focus towards the metaverse. Since I have no technical background, it’s sometimes hard to understand what the metaverse is and what the future implications will be for our lives.

With all these series of new buzzwords flying around the internet, NFT’s / WEB 3.0 and DAO’s, it’s hard to catch up and really understand the foundations of these ideas, as it is to anticipate what role I will play as a consumer and working for a tech company. In the upcoming months, I am going to write a series of articles about these subjects for people with no technical background. I hope this will help you gather an understanding of how upcoming technologies will impact our lives in a good or bad way.

As we are currently looking at the beginning of the metaverse, we don’t really know what it will eventually look like. A simple explanation of the concept would be that it is a computer-generated universe where people can learn, play games, socialise and work together. The metaverse is, however, not a new concept. It originated in the novel ‘Snow Crash’ by Neal Stephenson in 1992. The novel tells the story of Miro Protagonist, who is a hacker and moves back and forth between the Metaverse and a dystopian version of the city of Los Angeles. This novel describes the Metaverse as a 3D virtual reality space that can be accessed through personal terminals and virtual reality goggles; this already exists and the aforementioned goggles are produced by Oculus Rift (part of Meta). A visual version of the metaverse world is portrayed in the film ‘Ready Player One’, directed by Steven Spielberg.

Similar to ‘Ready Player One’, we can enter this universe by making use of Virtual reality goggles, like the Oculus Rift. You will move around this world with a 3D digital avatar, which you can style to your personal preference. There will be a world where you can buy clothes for your digital avatar, or sell clothes and even make digital ones. You can buy digital land, houses and art, all in this big universe. By now you are probably thinking ‘why should we own digital land or digital clothing?’ Well, look at current popular games like Fifa or Fortnite where people are already buying packs of players or skins for their character. This is just the beginning of a new trend where people feel the need to spend money on digital characters, as these become more and more a part of their (digital) identity.

The possibilities with this new universe are endless; as long as the technology keeps improving and the experience becomes at some point so real that your brain can’t make the distinction anymore between the real world and the metaverse. For example, imagine that you have created NFT’s that you sold in the metaverse for digital currency, with this digital currency you bought festival tickets for you and your best friend. Your best friend is located in Australia, and you two met in the metaverse by playing video games together. You both have your goggles on and attend the festival, which is located in New York. These tickets will give you the opportunity to stand next to the artist, stand in the crowd and walk around the podium. These experiences could become so real, that you would not need to spend a lot of money on travelling to attend football matches, festivals, or designer shows around the world. The concept of distance is suddenly removed. Work, study, play, date, etc.; you could just sit on your couch and experience it all from home.

That said, the role of Facebook in the Metaverse is still very unclear. For now, they are focussing on AR/VR Gaming, VR in real life and VR office spaces for the future. To be specific, Meta is trying to build digital houses where people can socialise with their friends. Microsoft wants to offer a 3D Zoom-like experience by offering virtual meeting rooms for work-related activities.

In the perfect world, the metaverse universe is not owned or controlled by a single company or entity, say, Zuckerberg’s Meta, but will instead be created by decentralised networks based on blockchain technology. In the worst-case scenario, Facebook will be able to track our every movement and emotion in this new simulation of the real world. How easy could it be for the creators of the Facebook algorithm to brainwash us in their desired direction? That future may sound gloomy, but as with any new technology, we need to prepare for all scenarios to set a direction to work towards. I would like to finish this first article of my quest to understand the metaverse, encouraging all of us with no technical background to stay up to date with the possibilities, as knowledge (and data!) is our best bet to not losing all power over what’s to come. 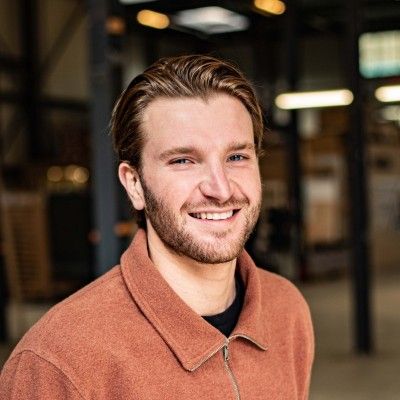